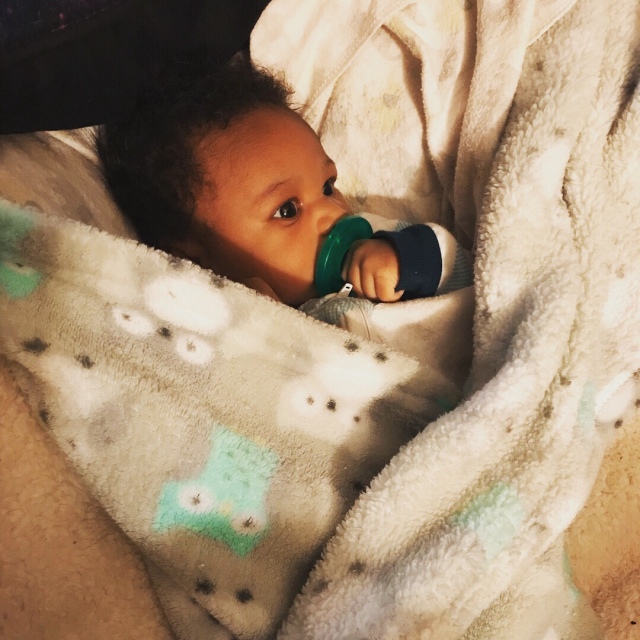 A few days ago I tried to explain to a friend what it is like to live this life unscripted. I failed. There is no good way to explain it. I told her that I “just show up,” a response that she shoved off. In truth, however, that’s how it feels.

Take yesterday as one example of a day that would have blown my mind not that long ago. But, by dancing on the waves of grace, it all works and it all flows. I woke up first, but I was hardly alone. Next to me was a toddler who I watch at times in order to help out his mother. In the nearby bedroom was a pregnant young lady whom I had not even met two weeks ago. Upstairs were all of my sons and their cousin who has stayed with us since October. Lost yet?

I woke up my middle son and his cousin so that they could prepare for their work. The mother-to-be watched the toddler for me while I brought the two boys where they needed to go. After that, I picked up a friend of the mother-to-be so that she could come over and have a warm place to sleep. On our way to the house we stopped by her favorite doughnut place that she had mentioned the day before. This is 10:00 on a Saturday morning. Are we having fun yet?

At the house the toddler is awake and a handful. When he comes over, he is my shadow and I am his. I checked in with his mother (who uses our van to bring him back and forth to school until she can afford her own car again) and we made plans for him to be picked up. My two sons in the home were awake and having breakfast (if pizza rolls can count as breakfast for one), and I thought about our day. I knew it was full, but I saw an opportunity to carve out some holy space. A few weeks ago I had been treated to a garbage burger and the person (friend of a friend who was giving me work for that day) told me those burgers are $5 on Saturdays.

My sons have been here every day for the past two years, save for the occasional night at a friend’s house. They’ve seen all the madness and have helped me navigate this chaos that is single parenthood. Our time together is rare, not only because of our open door but also their own teenage schedules. Yesterday presented that rare chance. The toddler stayed behind (and crying because I left) with the young mother and the mother-to-be while his mother was on her way (after she picked up her friend from work). I know that you’re lost, but we have made it to 1:30pm.

My sons and I walked into a country-themed bar – not a joke – and sat down for garbage burgers. They were delicious, and we ate like a bunch of boys. The root beer-drinker let out a burp and there were laughs all around. My sons made sure I put my phone away even as I was apologizing for the crying toddler. We talked about music and how the server reminded them of a family member. It was beautiful.

Back at the house, the once-cold young mother was making ribs in a crockpot for her pregnant friend. The picky chef requested honey bbq sauce, but we were out. I promised to pick some up later. My sons and I watched Cleveland get destroyed in basketball, and it was beautiful. My youngest son stepped out with a friend before his scheduled haircut. I headed out with my middle son for his date and after I dropped him off, I found the honey bbq sauce. We have made it to 6:00 now, thanks for riding along.

Let’s get to the close of the night. I picked up my son from the movies, and that brought all of us home. My sons and I, their cousin, the young mother and her friend. But wait, we aren’t done. The young mother was so proud of how her ribs turned out, something she had learned from her adoptive mother. There was talk of playing Mario on the Wii, and I took a phone call. Another young mother asked if she could bring over her baby for two hours. She was parenting solo for the weekend and she needed to finish her college homework.

Yes! We love that baby.

I have said all of that to get to this point. It’s around midnight, and there I was on the couch. I held a one-month old baby who is simply angelic. Favorite snacks were being shared. The young mother was playing Mario with my son and his cousin. In-between the talk of ribs and the sharing of the baby time, there was laughter – so much laughter. I don’t know how Mario makes so much laughter, but it always does. Under one roof on a Saturday at midnight there were 8 beautiful souls and it felt like church. I’m not counting the three dogs and two cats, but they were here too.

There were other highlights of the day too. My oldest son tried to find some country music songs that I might like (they’re not bad). My middle son and I talked about his date. My youngest son has a fresh new haircut from his personal barber and I swear he gets taller by the day. Their cousin told us about his day in a Paws Patrol costume at the roller rink. A friend of mine told me about a job opportunity for the mother-to-be. And it all led to the moment when I could glimpse what it looks like to embrace the truth that nothing is mine. (Well, the mountain of laundry is probably mine.) It was beautiful (the moment, not the laundry).

There are other pieces to the day. (Yes, this is just one day.) A young lady tried to figure out how to pay a bill when her paycheck isn’t coming until Thursday. A friend is in dire need of medicine and was in a very dark space. Another friend of mine did not eat yesterday, but not by choice. She does not have the means. A young man needs help with rent and he remains on my mind. The girlfriend of a young man updated me on his status (he’s in jail for a probation violation).

And now it’s Sunday. I did not sleep well, but I will be okay. I have written more beautiful words than this, but I don’t know if I have covered more beautiful content. It’s still not entirely accurate to say that I “just show up,” but it’s close. I show up to a waiting Jesus, an empowering Holy Spirit, and an all-knowing God. It’s all worth it, just to see what the day holds.

If you wish to support my writing or any of the needs that are coming to my ears, thank you. You are going to be a part of something beautiful.

I write to share. It’s my means of processing, getting past the experience and ready for the next. I am always honored to find that you have read it, and you are always free to share.

May those who are meant to see this, find it.