The NBA’s Los Angeles Clippers are a bad basketball team. Well, they are not as bad as they once were. In fact, their team has several very talented and recognizable players now. Historically, however, they have failed to produce consistent success and have not produced a championship for the organization. Their lack of success would not be as magnified, perhaps, if they did not operate in the same city as the historically dominant Los Angeles Lakers. The Lakers are known for their championships. They have embraced the allure of the celebrity and fame that comes with success in a city such as LA. The Clippers? Not so much.
To add to the kick-’em-while-they’re-down difficulties, the Clippers have shared the same arena as the Lakers for the past 14 seasons. The league schedules games in order to allow both teams to use the Staples Center as their home court. But no one really thinks it’s the Clippers’ home court, do they? Sure, there are diehard fans of the Clippers much like there are fans of the lovable losers in baseball, the Chicago Cubs. But when holding up one team’s dominance in contrast to one team’s failure – in the same arena – it’s pretty much like saying the playground belongs to the 8th grade bully. No one truly believes that the playground belongs to the 2nd graders.
Something changed this year in Los Angeles. The Clippers hired a coach who has had success, both as a player and as a coach. As a coach, Glenn “Doc” Rivers helped lead the Boston Celtics to a championship. The Celtics’ organization knows a lot about success. They exhibited one of the most dominant runs ever in a professional sport by once winning eight championships in a row and eleven in thirteen years. Having a championship mindset, Doc Rivers looked at the Clippers and saw some hope. But the culture needed to change.
So Doc looked at the arena and realized something wasn’t right. When the Clippers played their home games, rows of championship banners hung in the rafters. None of them belonged to the Clippers, of course; they were all stories of the Lakers’ success. Doc pushed for the banners to be covered with large banners of current Clippers players. The not-so-subtle message was, “We’re taking this arena back.” The move created a bit of a stir for sports talk show hosts. The Lakers players didn’t like the move, even though the banners still hang for their home games. The players for the Clippers loved it.
What they had not noticed over the years was that, in many ways, they were being told who was in charge. And it wasn’t them. In the same way, there are many ways in which the enemy tells you, in not so subtle ways, that you are not in charge. The enemy of your soul has won some battles, has claimed some victories, and has left some scars in his wake. Even if you have claimed the salvation available to you through Jesus Christ, the enemy likes to float his banners over your work and say, “Remember this?”
“Remember the time when you…?”
“Look at that – you were such a failure.”
And you go on, pretending to ignore the taunts.
Too often we stop at the cross. Yes, the cross covers our sins. The shed blood of Jesus paid a price for our life that we could never pay. But Jesus didn’t stop there. He did not believe it was enough to give you a “home arena” with someone else’s victories being celebrated. No, Jesus rose from the grave and stepped forth in life to give you the victory in life and in death. Jesus wants you to start celebrating the victories that you have with him, and I bet you think that’s a great idea.
It is for freedom that Christ has set us free. Stand firm, then, and do not let yourselves be burdened again by a yoke of slavery. ~ Galatians 5:1
You have been reminded long enough about your failures and the enemy’s triumphs. When you claim that your life belongs to Christ, you have the freedom to start operating in his victories. Cover up those old wounds with new life. Stop allowing the old banners to be all that you are when it clearly is not. Put up a new banner and allow Christ to rule in your life. 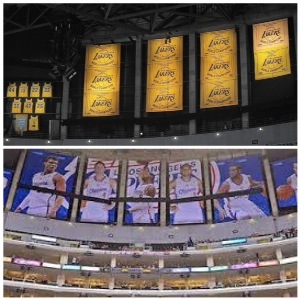